Offences laid under the Ontario Provincial Offences Act, or Summary Criminal charges at the Federal level require effective, timely, experienced and professional help, such as that available from Phoenix Paralegal Services P.C.

Got a ticket or summons? Charged in Summary Criminal Proceedings? Phone, email or fill in our form so we can review your situation, advise of the best way to proceed.

Cases are heard under the authority of the Ontario Court of Justice. Municipalities administer the courts for trials of most Provincial Offences cases, and also often prosecute many of cases on behalf of the Ministry of the Attorney General of Ontario. Courts may impose fines, license suspensions, incarceration and other penalties.

Common offences laid under the Provincial Offences Act include, but are not limited to:

There are three categories of offence, each with its own requirements of proof to enable a guilty verdict to be rendered. Most Provincial Offences fall into the “Strict Liability” category:

You effectively have just THREE choices when charged:

Whether Phoenix Paralegal Services P.C. or an alternate counsel, we strongly recommend Option 3

The Criminal Code of Canada is federal legislation that sets out the Criminal Law and Procedures in Canada. Licensed Paralegals are authorized to represent defendants in the Ontario Court of Justice, before a Judge only, for charges that are considered “Summary Convictions”, carrying a maximum penalty of six (6) months in jail or a fine of up to $5,000, or both.

Criminal Code offences include major crimes (“Indictable Offences”), such as for murder, sexual assault, armed robbery, etc., requiring a full jury trial and the services of qualified lawyers. They also include lesser charges, many of which may be deemed eligible for Summary Conviction by the Crown, which may include but are not limited to:

Whether you choose to be represented by Phoenix Paralegal Services P.C. for your Summary Conviction charge, or another licensed paralegal or lawyer, we strongly recommend that you do not provide any statements or sign any documents before you obtain legal advice.

Through the years I have gone through a lot of lawyers and Paralegals for my evictions and tenant issues; I stopped when I found Simon Hildyard and Phoenix Paralegal Services”

I would use Simon Hildyard’s services 7 days a week and twice on Sundays.  He knows his stuff when it comes to evictions, Court, and collections

I had gone through 5 different paralegals, each one couldn’t grasp the complexities of my case, I had a consultation with Simon Hildyard of Phoenix Paralegal Services who made it sound so simple, and with that approach won my case

I had fines, suspension, and no hope of driving again…I met Simon Hildyard and had a consultation at his Phoenix Paralegal Services office, and within two months I was driving again, legally!!” 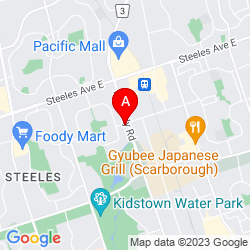